Writing in the Sand

(As I continue to work on a blog series for Advent, I am sharing some thoughts I wrote years ago. This one is from April, 2011.) 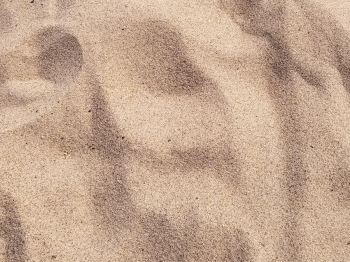 Early in the morning he came again to the temple. All the people came to him and he sat down and began to teach them. The scribes and the Pharisees brought a woman who had been caught in adultery; and making her stand before all of them, they said to him, “Teacher, this woman was caught in the very act of committing adultery. Now in the law Moses commanded us to stone such women. Now what do you say?” They said this to test him, so that they might have some charge to bring against him. Jesus bent down and wrote with his finger on the ground. When they kept on questioning him, he straightened up and said to them, “Let anyone among you who is without sin be the first to throw a stone at her.” And once again he bent down and wrote on the ground. When they heard it, they went away, one by one, beginning with the elders; and Jesus was left alone with the woman standing before him.

When Jim and I read this passage for our morning devotions, the image of Jesus writing in the sand reminded me of something my counselor taught me. He said that “for every action, there is a reaction… but between the action and reaction there is a space. That space gives us time to best determine what our reaction will be.”

I wonder if that’s what Jesus was doing. The Pharisees were trying to test him, hoping his answer would justify an accusation of wrongdoing against him. Before Jesus answered their question, he stopped to write in the sand. Could it be that he was thinking and praying about his response? Could it be that he was showing the crowd that this matter wasn’t urgent, that everyone should stop for a moment to thoughtfully consider? Could it be that he felt the magnitude of their intention, and so he took a moment to breathe and turn to God for wisdom and peace?

I love how even the small details written in the Bible can provide insights for us. In his writing in the sand, Jesus gives us an example to follow. How might we “write in the sand” more often these days?

When we write in the sand, we allow space for the inner voice of the Spirit to become our own.

photo by jim gade on Unsplash

2 Comments on “Writing in the Sand”